A bit late but thought we’d do a little review of GFSC’s 2021. I thought this was gonna be kind of a short list as we’ve got lots on the go that’s not quite come to fruition yet but wow, we did a lot!

For now though, here’s some of our 2021 highlights!

We kicked off the year number crunching the dishonest and worrying stats from GMP about Taser use on Manchester residents as part of Resistance Lab Manchester. We caught them in a lie and these stats have now been removed from GMPs website without apology or acknowledgement. 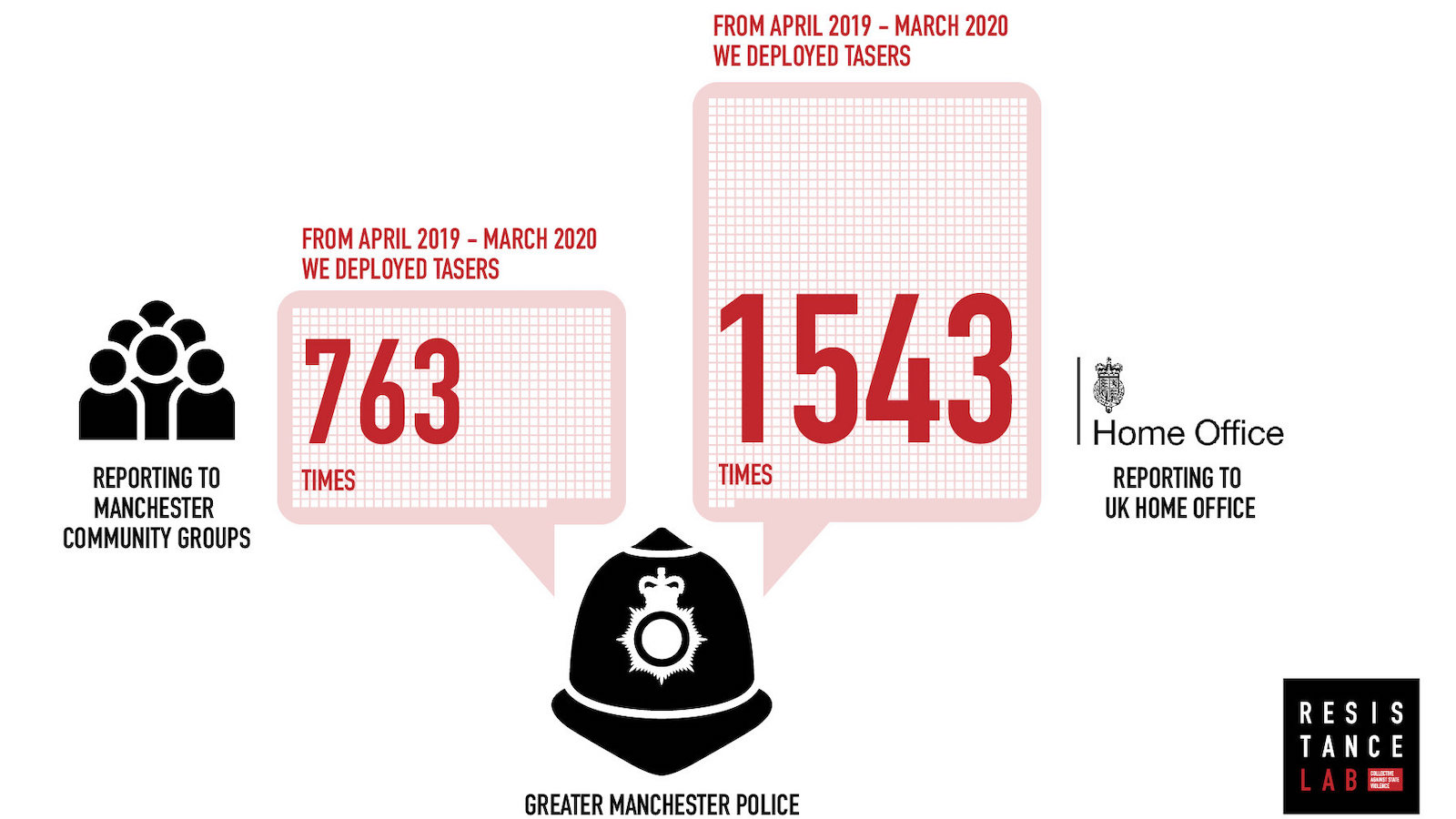 Infographics published by GMP on their website and circulated to community groups indicated that their Taser use was declining. However, this is directly contradicted by data reported by GMP to the...
https://resistancelab.network/our-work/gmp-taser-update/index.html

In further work with Resistance Lab, we produced and ran an online panel about the threat of Tasers to residents of Greater Manchester. This was based on our research work and report from 2019 [link], and featured an amazing panel of speakers who have been working on this issue for years. The event is still on YouTube if you want to watch it! 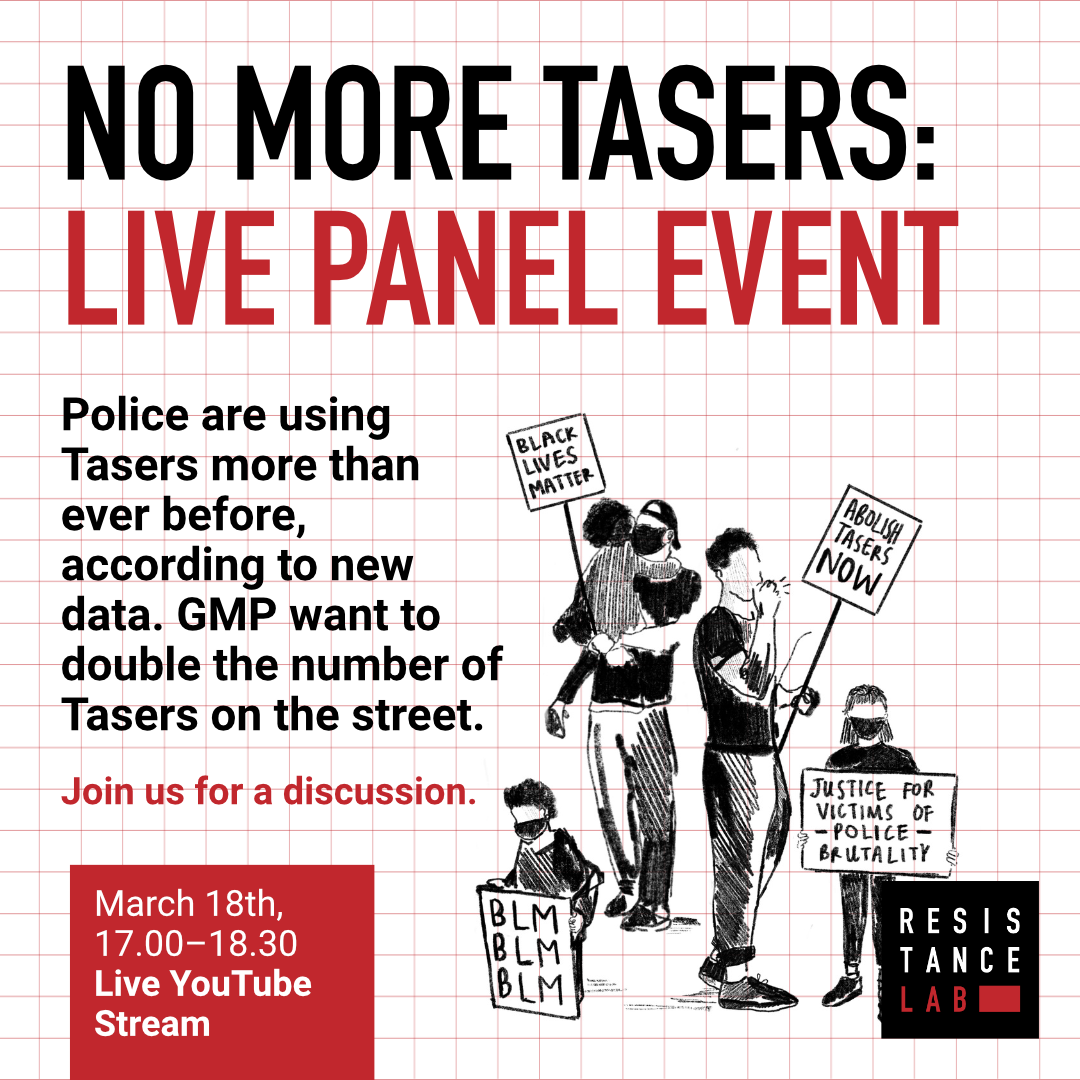 This work was part of the inspiration behind our first studio ‘long read’ for some time. Modern tech is seen in many circles as something good or neutral that creates jobs and opportunities. However, we think the sector and the culture behind it can often be exploitative and harmful, in ways that will never be acknowledged by those at the heart of it. You can read our thoughts in full here:

Everything is connected, but should it be?

The dream of utopian connectivity we were promised could not be further from our current reality.
https://gfsc.studio/2021/03/02/everything-is-connected.html

Off the back of our ongoing research and writing around tech, in February we were invited to deliver a provocation at the wonderful Hattusia’s community meetup, where we made some lovely new friends! We talked about how the tools you use influence the things you can make, in subtle and not-so-subtle ways. 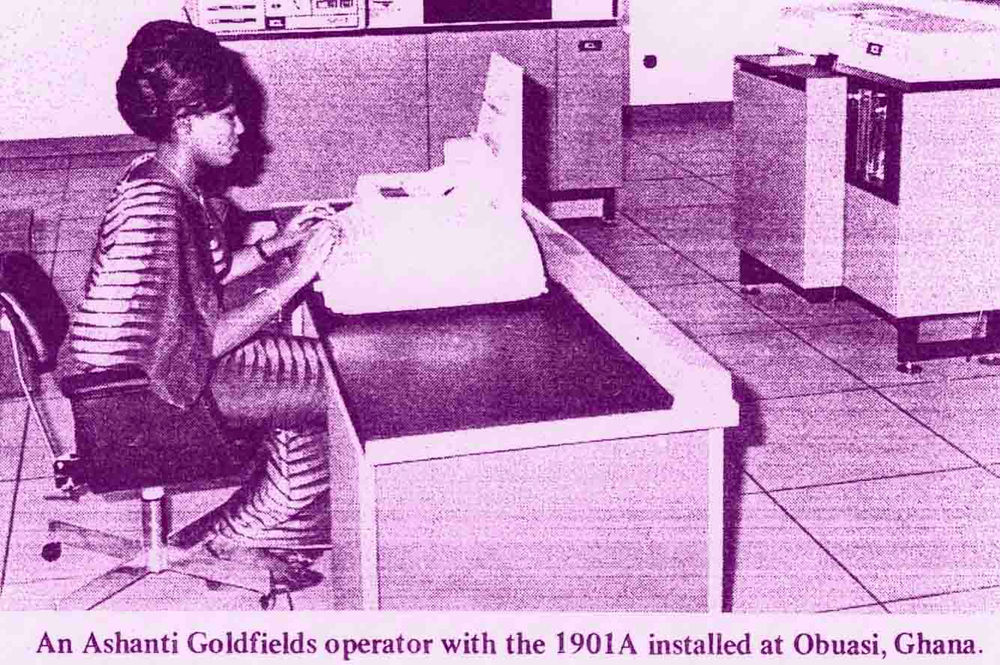 At our February Meetup we had the incredible Dr Kim Foale arguing that modern technology is an integral part of the arms and security industry. Kim (they/them) is a community activist with over 15 ...
https://www.hattusia.com//post/the-revolution-will-not-be-hosted-on-amazon-web-services

The GFSC Collective is a group of activists, technologists and creatives who have been meeting every couple of weeks since October 2019. We discuss all kinds of topics which are of interest to us, and collaboratively work out how we can build the technology that mutual aid, antiracist and anti-transphobic groups need.

There will be more on the collective when we do a bit of a website refresh in the coming months. But in the meantime, we finally launched a Discord due to public demand! Come and say hi if you like, and get involved in the discussions!

Check out the Geeks for Social Change community on Discord - hang out with 93 other members and enjoy free voice and text chat.
https://discord.com/invite/3yw3Dtk3bH

One thing the Collective have been researching is the extent of the arms industry’s involvement in Manchester. We are asking how a city that calls itself “Nuclear Free” can put nuclear weapons manufacturers like BAE and Northrop Grumann in its regional marketing materials.

What happened to Nuclear Free Manchester?

Now not only do we have several companies here who manufacture or assist in the production of nuclear missiles and submarines, we put 'em in the regional marketing brochure.
https://gfsc.studio/2021/09/17/what-happened-to-nuclear-free-manchester.html

Our first actual tech/software release as a collective was imok, a simple bot to support people undertaking risky activities. This was a collaboration with No Borders Manchester. You can read about it and find links to the source code here:

We've worked with No Borders Manchester to create a tool for people seeking asylum in the UK. We're launching it today and have plans to use it to support many other vulnerable groups.
https://gfsc.studio/2021/05/12/imok-is-launched.html

We were hoping to run a pilot last year before a full software launch but due to Covid-19, the signing centres have been mostly shut. (The bot was originally designed with asylum seekers who are forced to ‘sign on’ in mind, as they are sometimes unexpectedly detained and even deported at these sign-ons, with no way of informing family or friends). This temporary closure and suspension of the signing on system is obviously great for the people usually forced to use it, but has meant we’ve not been able to get any user testing done. Plans are in the works, as the process of signing on is unlikely to go away, and once it returns, we hope to be able to hit the ground running with imok.

One of the big highlights of our year in the GFSC studio has been starting to work with total dreamboats The White Pube!! We don’t have a lot to show publicly yet, but we are currently helping them move their site away from an outdated, fiddly and unpleasant to use old platform, and move all their content over onto Hugo. An announcement will be coming about this very soon!

2021 was also the year we started working with other total dreamboats Gendered Intelligence!! We’re helping them design a new intranet system (which we’ll be able to share more about soon), and we also helped them transform their website — from a broken system that was giving them usability nightmares, to a simple Jekyll site that anyone at the organisation can work with.

On top of this, we got funding from MIND to help Gendered Intelligence provide Covid helpline support for trans people. We reviewed a few options and were initially going to make them a chatbot to help free up staff time for the more complex stuff.

In true GFSC fashion though, we found that basically everything on the market was far too complex and expensive for their needs. So we created EnquiryWitch: a “no chatbot chatbot” based on Twine.

We’re still working on a full release for this but you can check it out on GI’s contact page. The goal was to make sure messages from people outside the organisation got to the right email inbox the first time, rather than needing an extended back-and-forth correspondence. It also tells people when GI can’t help, and redirects them to other services. GI have told us this has drastically reduced their admin overheads and given them loads more time to work with individuals.

The source code is here, although we still need to give it a bit of TLC, and release the Netlify hooks that allow it to send emails. 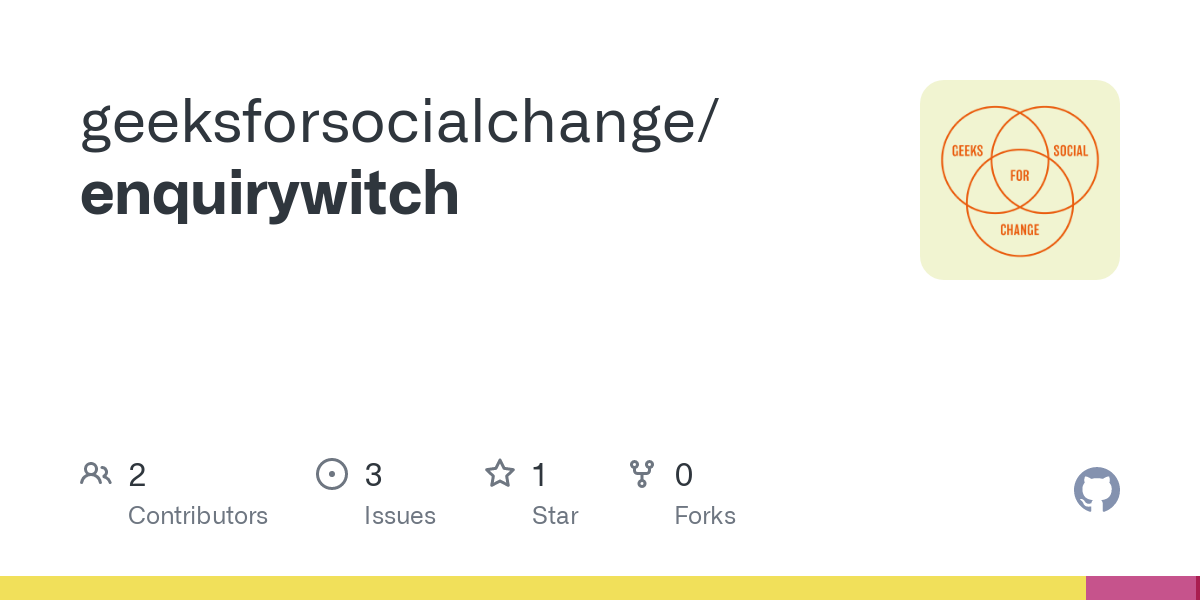 Finally, in further collaboration with GI, the big reveal from just before Christmas was our first announcement and preview of The Trans Dimension, a trans listings site for London funded by Comic Relief. We’ve gone on about this loads so won’t go over it again here, but you can check this post out for the full details of the project.

Geeks for Social Change are thrilled to to announce The Trans Dimension, an online community hub which will connect trans communities across the UK by collating news, events and services by and for...
https://gfsc.studio/2021/12/14/enter-trans-dimension.html

The Trans Dimension is a key step to getting our award-winning PlaceCal [link out to info about placecal] technology back on the road with an extremely generous donation from Lankelly Chase. We just did our first “proper” release thanks to loads of work from our lovely new developer Alexandria and we will have more to share on this soon. A big hurdle we’re having to overcome in our work on Placecal is how to programatically export Facebook events. Facebook is in full antitrust mode and doesn’t offer any simple export options. We’ve developed Faceloader, a tool which scrapes Facebook event listings locally, and syncs them with an iCal file. 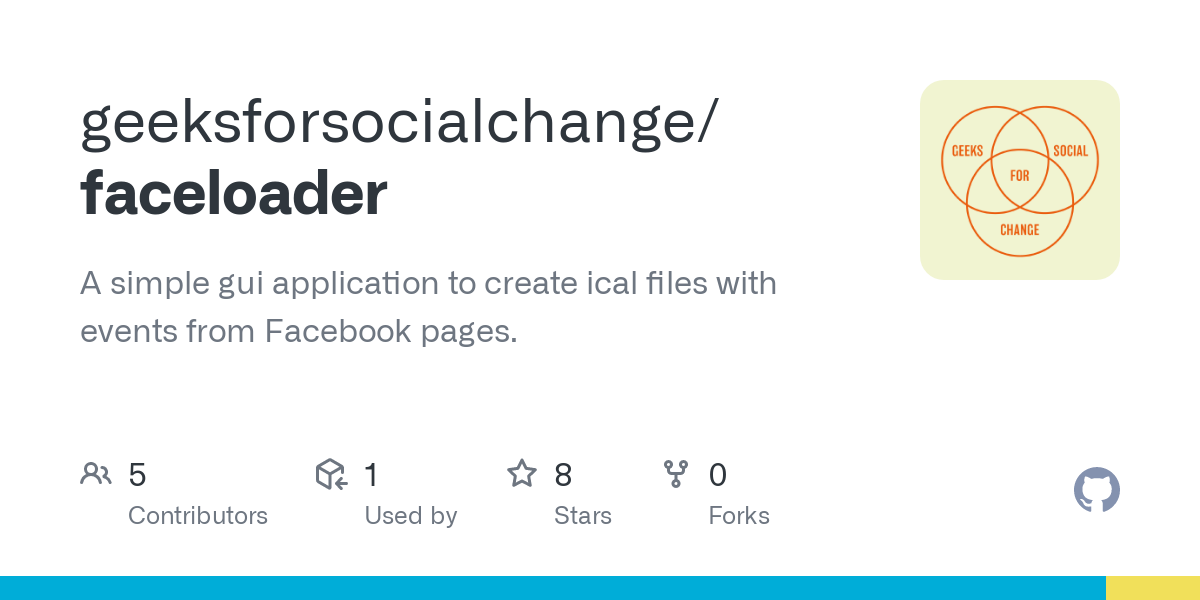 You can read more about Faceloader here.

Finally, another long read that aims to sum up GFSC’s approach to technology. In short — much tech is sold as some kind of magic way to fix problems in and of itself. Instead of this, we should think of technology as providing tools we can utilise to achieve our goals using a wide range of different approaches that extend beyond ‘tech’ as the start and end point. You can read this piece here:

Technology isn't a magic wand, it's a treasure map.

Due to the massive amounts of money and hubris that reside in the tech sector, we now seem to believe that the same methodology used to sell pens that write upside down with a built-in dictaphone c...
https://gfsc.studio/2021/11/05/technology-isnt-a-magic-wand.html

To stay up to date, sign up to our newsletter here

If you’d like to donate to support our work as a collective, you can do so here (There will be other donation options coming this year too!)

Make a donation on Ko-fi to help support our work.